For the Love of Money - The Movie 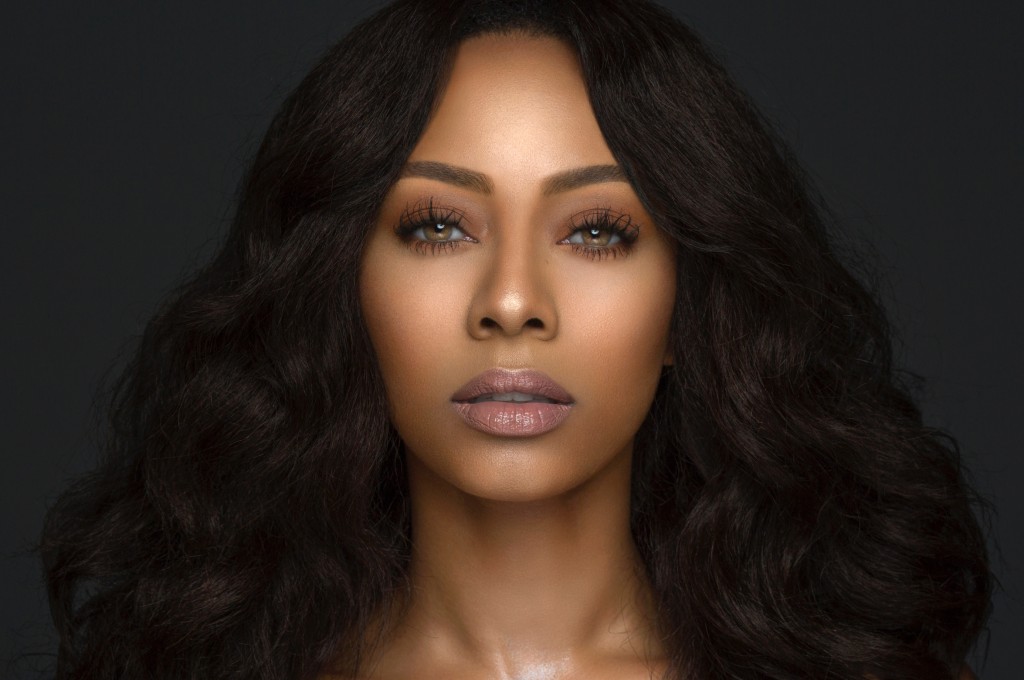 “God has designed me for this moment here. Sometimes I really need to affirm myself like ‘I can do this today,'” Hilson says.

We already know the resilience of Black women, but in Keri Hilson’slatest role in her first ever Box Office film, we are about to learn just how far a mother would go to save her daughter.

For the Love of Money tells the story of Gigi, played by Keri Hilson, a single mother struggling to make ends meet. Her bills are past due, her daughter’s tuition needs to be paid, and things seem to gradually get worse. When her only child ends up in some legal trouble because of bullying, Gigi has to come up with 25k for an attorney. The single mother, who gets limited financial assistance from her ex played by Jason Mitchell, comes up with an unconventional solution that puts her back in the lifestyle she’s always tried to avoid.

We were introduced to Hilson through her voice, but she soon figured out that her talents extended far beyond creating albums and music videos. Although she’s played the lead in made-for-television movies and series, this is her first Box Office film.

“Of course that feels amazing! I think one never really feels ready for that. I still feel like a novice. I still feel very new and very much a student of the craft. It’s an honor to be able to play on that stage at this time in my life,” she tells HelloBeautiful in an exclusive interview.

This role, although different from Hilson’s everyday life, mirrored her drive and dedication to get things done as a woman. Gigi worked hard and hustled to provide for her daughter but she still managed to come up short. Juggling jobs, avoiding bill collectors, and surviving on the bare minimum was a situation Gigi was eager to get out of.

“I can definitely remember my Ramen Noodles, Taco Bell, Waffle House Days. This is not a very far away memory for me. Putting $2 on gas,” she said. “I’ve come a long way from it, but I’m not far removed from who that was for me and what that felt like.”

Hilson has no reference to the drug dealing life other than what she’s seen on television. Growing up in Decatur, Georgia, she had a normal upbringing that never caused her to witness the gritty realities of the world. Despite that, she manage to bring Gigi’s fearlessness and motivation to life.

“That’s Keri. That’s me. Even though it was written, it’s on a page, that’s me. I’m a warrior, I’m a fighter, I’m an athlete,” she said. “That wasn’t too far fetched for me. I saw myself in that part of Gigi. Maybe not the mother, maybe not the drug dealing that she get’s into, but moving from a place from grit, fearlessness. I saw me in her,” she continued.

“I think a lot of single mothers will see themselves here. Maybe they don’t go into that particular world, but there are a lot of decisions a mother has to make despite themselves at times. Despite their own financial status or safety, whatever it is to protect their cubs.”

Preparing for such a big role took more than acting classes and memorizing scripts. Hilson had to prepare herself mentally and spiritually by affirming her many talents. During her drives to set, she took time to cheer herself on so that she could perfectly execute her character. She would chant, “I am creative. I am loved. I am liked. I am a vessel for God. I am a being in my full femininity. I am humble. I am worthy,” on her way to work. “Sometimes it’s as simple as I am awake, because I’m tired as heck. I’m awake, I’m ready, I’m prepared. I know my lines. I am built for this. God has designed me for this moment here. Sometimes I really need to affirm myself like ‘I can do this today.’”

When I wasn’t fawning over Hilson’s ability to authentically play her character, I was distracted by her gorgeous, youthful glow. The actress, who is coming up on her 39th birthday, is the textbook definition of “Black don’t crack.” You might think her beauty secret is one that requires the works, but to our surprise, Hilson uses an everyday item that can be found in every single home.

“Water. That to me can cover a lot of things. It can cover the toxins that show up on our face. Our face is an indicator. People don’t realize how many issues water solves. A lot of the illness and dis-ease in the body is because of dehydration,” she said. “I can attribute my skin to that. I haven’t done any procedures. No botox, no fillers, none of that. Water is the secret ingredient. I’m pushing 40.”

Get ready to see Keri Hilson tap into her inner gangsta in this blockbuster film. For The Love of Money hits theaters nationwide on November 24th, just in time for Thanksgiving.

1 year ago
by admin

Holiday Movie Time: ‘For The Love of Money’ in Theaters Now!

Katt Williams stars in ‘For The Love Of Money.’ Opens Nov 24, 2021 in Theaters Nationwide Larita Shelby, EUR Web  *Time to get the family drama started! Not at your dinner table but at the movies as Katt Williams, Keith Sweat, LisaRaye

1 year ago
by admin

Melvin Childs on ‘For the Love of Money,’ filming during the pandemic and more

Exclusive: Childs recalled that shooting during the COVID-19 pandemic "kept him on pins and needles." Jared Alexander, the Grio Melvin Childs‘ latest project, For the Love of Money, is in theaters now, and theGrio caught up with the creator to break down the film, creating